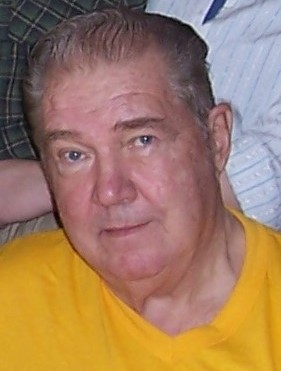 Thomas R. Richter, 86, formerly of Hadley Road, Sandy Creek, passed away July 15, 2020 at the Carthage Center for Rehabilitation and Nursing, where he had been a resident. He was born on April 13, 1934 in Brooklyn, NY, son of John and Helen (Stefanski) Richter. Tom attended school in Brooklyn, NY. He then married Rita V. Mulaney on July 25, 1953 at Our Lady of Perpetual Hope Church in Brooklyn. While residing in NYC he was employed as a sandhog and took part in the construction of the Lincoln Tunnel and later on as an iron worker on the Verrazano Bridge. In 1962 he and his wife purchased a dairy farm in Mannsville, on the end of the Hobbs Road. He and his family owned and operated the farm until 1976. Tom then obtained his CDL and became a self employed truck driver in which he owned and operated his own tractor trailer for many years. He then worked for Blount Lumber Co. and Oswego Wire, as a truck driver up until he retired. From an early age, while living in NYC, he enjoyed raising and flying pigeons which became a lifelong hobby. He also enjoyed listening to polka music and spending time with family and friends. He is survived by his three sons Thomas A. (Susan) Richter, Worth, John S. (Becky) Richter, Mannsville, and Glenn A. (Michele) Richter, Adams; two daughters, Evelyn (Ernie) Stevens, Mexico, NY and Brenda Perkins, Roodhouse, IL; 8 grandchildren, 3 great grandchildren, many nieces and nephews. Besides his parents he is predeceased by his beloved wife Rita who passed June 11, 2010 and two brothers, Edward and Ronald Richter. Calling hours will be 4 to 6 p.m. Sunday, July 19 at the Piddock Funeral Home, Adams. The funeral service will be held 11 a.m. Monday, July 20th at the funeral home. Burial will follow in St. Cecelia’s Cemetery. Donations in Tom’s memory may be made to the South Jeff Rescue Squad 38 Main St., Adams, NY 13605. Online condolences may be made at www.piddockfuneralhome.com