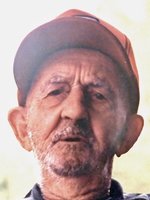 Lloyd W. Killenbeck, 92, longtime resident of Pierrepont Manor, died Thursday January 21, 2021 at Carthage Center, Carthage, NY.  There will be a graveside service in the spring in the Union Cemetery, Adams Center, NY.  Arrangements are with the Piddock Funeral Home Inc, Adams, NY. Born February 4, 1928 in Redwood, NY, he attended the Dillion School House on the Dry Hill Road and Adams Center High School. He worked on the family farm on the Killenbeck Road, and pursued a logging career at age 17 with his brother, forming Killenbeck Logging & Trucking in 1945. It continues to flourish to this day with his sons and grandson. During that time he also was a milk hauler, had a scrap route and worked on pulp boats in Sackets Harbor. He retired in 2008. He married Genevieve Spearance on December 7, 1949 at Baggs Corners.  The couple lived on Dry Hill before moving to their home in Pierrepont Manor in 1958. He purchased the Winn Caster Farm on Co. Rt. 91 where he continued to farm until his retirement. In 1971, he purchased the Killenbeck Family farm on Killenbeck Road on Dry Hill. He operated the two farms until he sold the Dry Hill farm in 1978. He was an icon in the area and will be greatly missed by all who knew him. Mrs. Killenbeck died September 20, 2015. Lloyd is survived by two sons Donald (Donna) Killenbeck, Mannsville, William (Robin) Killenbeck, Pierrepont Manor; one daughter Linda (Thomas) Budd, Pierrepont Manor; ten grandchildren, eleven great-grandchildren and many nieces and nephews. He is predeceased by his parents, a brother Clinton Killenbeck and a sister Mildred Souva. Donations in his memory may be made to the Union Church, Church Road, Pierrepont Manor NY 13674. Condolences may be made at www.piddockfuneralhome.com