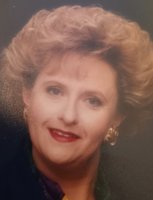 Judith E. Hobbs, 73, formerly of Adams Canter and long time resident of Raleigh, NC, passed away February 28, 2021 with her family and friends at her side after a long and  courageous battle with her illness. There will be a graveside service in the Union Cemetery, Adams Center in the spring. Arrangements are with the Piddock Funeral Home Inc, Adams, NY. Born October 25, 1948 in Watertown, NY, daughter of the late Roger and Audrey (Ryder) Miller of Adams Center, she attended and graduated from Adams Center and South Jefferson schools, and later graduated with an associates in advertising and design from Mohawk Valley Community College in Utica, NY. Judy worked for several years as the Advertising and Fashion director at the Globe store in Watertown, NY until 1973, before moving to Melbourne FL where she became a manager of an Ethan Allen Gallery for several years. While there she also obtained her BA in Social Sciences and MA in Counseling at Rollins College in Rockledge FL, and worked part time as a family counselor. She was later promoted and moved to Raleigh NC where she managed an Ethan Allen store and worked as a manager for 2 Lazy-boy stores at the same time. She was Manager of the Year in 2007. Most recently she was an assistant manager at Capel Rug in Raleigh, NC. A marriage to Edward Hobbs ended in divorce. She is survived and so sadly missed by her brother and sister in law Rodney & Carmel Miller, Sackets Harbor, NY; four nieces Paige & Molly Miller of Sackets Harbor, NY, Skye (Lukah) Linkous NC, Courtney Podkowka NC; a grand nephew Lucian Linkous and grand niece Willow Linkous NC; her dear friends Pat Lynch, Raleigh NC, Gale Mcguane of NY & FL, and life long friend Susan Butler of NY and FL, and way too many more to mention. Judy was a member of the Adams Center Grange and was Jefferson County Grange Princess & NYS Grange Princess. She was also a member of the Soroptomist Club in Raleigh NC. Judy was a cheerful and kind person who was always ready for a laugh. She enjoyed traveling, reading, crafts, sewing and entertaining her friends, but her fondest enjoyment was her family, especially her nieces, grand niece and nephew….all of whom she was so proud of! Condolences may be made at www.piddockfuneralhome.com