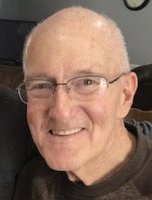 Norman C. Thomas, 77, longtime resident of Adams went home to be with his Lord and Savior Thursday evening April 8, 2021. He passed away at his home surrounded by his family and under the care of Hospice of Jefferson County. Norm was born October 29, 1943 in Watertown, son of Gerald and June (Blair) Thomas. He graduated from Adams High School in 1961. Upon graduation, he entered the US Marine Corps. Following his discharge in 1965, he returned to Adams and went into business with his parents and his brother Bruce at Thomas Sales & Service, later G.L. Thomas & Sons in Adams. He married Linda Holley of Adams on July 14, 1962 and the couple resided in Adams all their married life. Norm and Linda operated Thomas’ Grocery for a few years and then a flourishing lawn care business for several years. They spent their winters in Florida. Linda passed away October 26, 2006. Norm married Debra Gleason on August 4, 2007. The couple continued the lawn care business retiring in the summer of 2020. Norm was an active member of Grace Community Church in Adams. In the late 1980’s, he went on three mission trips to China to distribute Bibles. He was one of the founding members of the South Jefferson Rescue Squad in Adams. Norm forever had a smile on his face with a positive attitude shining through. His words of encouragement were uplifting to many. He cherished his family and friends. Norm enjoyed playing cards and loved to have a winning hand at Pitch. Norm is survived by his wife Debra, a daughter Joanne (Brian) Hinerth, Melbourne, Fl.; a son Patrick and fiancé Paige Flaherty, Adams Center; two grandsons, Sean (Lauren) Hinerth and Michael (Dawn) Hinerth; one granddaughter, Melissa (Lane) Broadhurst; and five great grandchildren; step-father and mother in law Charles and Doris Bates, Watertown; three stepsons, Kirk (Jenny) Gleason, Jeffery (Sarah) Gleason, and Jamie (Charlotte) Gleason; and eight step-grandchildren; a brother Bruce (Donna) Thomas, Henderson Harbor; and several nieces, nephews, and cousins. Also, he is survived by sister-in-laws, Pam (Richard) Jones, Bonnie (Mike) Cisco, Patricia Young, and Joyce Bates, along with a brother-in-law William (Darlene) Bates. He is predeceased by an infant son Gerald Ward Thomas, brother-in-law Richard Bates, and sister-in-law Ann and husband Jack DuColon. Funeral service will be 4:00 p.m. Friday April 16, 2021 at the Grace Community ChurchAdams, with Kyle Widrick officiating. Calling hours will precede the funeral beginning at 1:00 p.m. Burial in the Rural Cemetery, Adams will be private. Arrangements are with the Piddock Funeral Home Inc., Adams, N.Y. Donations in his memory may be made to Grace Community Church Building Fund, 17784 Michaels Road, Adams Center, N.Y. 13606 or Hospice of Jefferson County, 1398 Gotham St., Watertown, N.Y. 13601. Condolences may be made at www.piddockfuneralhome.com