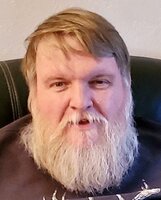 Mark T. LaVere, 60, of Pierrepont Manor, NY, died unexpectedly at his home, on November 28, 2021. A memorial service will be 10:00 am Saturday December 4th at the Piddock Funeral Home, Adams. Burial will be held in the spring 2022 in the Saint Cecilia’s Cemetery, Henderson. Calling hours will be 2-4 pm and 6-8pm Friday December 3rd at the funeral home Arrangements are with the Piddock Funeral Home Inc, Adams, NY. He has left behind his loving family and a multitude of friends that will miss him dearly. Born to George E. and Evelyn (Young) LaVere in Watertown on November 24, 1961, Mark has resided in the family home his entire life. Following the death of his father, he spent the last years of his life caring for his mother and elder brother, Edwin who passed November 2nd, 2021. He has left behind his sister, Carol Sweeney, Sandy Creek, Darlene Jobson, Alexandria Bay, and his baby sister, Christine LaVere (Chrissy Bum) who cared for him during his recent illness. Also his nieces and nephews whom he loved, and each held a special place in his heart, cousins, friends, business associates, fellow hunters, trappers and good ole storytellers who will forever miss him. He touched so many with his sense of humor, his knowledge of hunting / trapping/ and fur trading, his hunting stories and that sheepish grin. He was a great man. Mark attended South Jefferson High School graduating in 1980. He has maintained friendships with many of his classmates. He had a very special relationship with his father who was an avid hunter and outdoorsman and started a trap line as soon as he could, spending hours in the creeks trapping with his friends. The family remembers an otter and a blanket beaver that made it to the dance floor at their parents 35th wedding anniversary celebration. Over the years his skills as a trapper allowed him to work for the NYS DOT as a nuisance trapper. He and his trapping partner Billy Killenbeck continued to trap until Mark's recent death. Together they earned “Top Lot” awards for many years due to the quality of their pelts. Mark also became a fine hunter, walking the woods with his father, brother and cousin Bob at an early age. He enjoyed the hunting camp in Worth, where his father founded the Big Brook Park Hunting Club. At the death of his father in 1987, Mark became President of the Club and served as President until his recent death. In 1986, Mark began his career in explosives. He joined St Lawrence Explosives which is now owned by Maine Drilling and Blasting/Independent Explosives. Mark has been Plant Supervisor at the Kellogg Hill Production site for many years. Mark was an avid Boston Bruins fan and spent many Saturday evenings watching Hockey Night in Canada with his brother Ed, a Kings fan. They would enjoy an ice cold Molson Canadian discussing every shot and save of the game the next day. In lieu of flowers, the family would invite you to support the South Jefferson Rescue Squad, PO Box 126, Adams, NY 13605. Condolences may be made at www.piddockfuneralhome.com To join memorial service by Zoom, copy and paste the link below in your browser: https://us02web.zoom.us/j/84838267058?pwd=U2JaQVVPZGREZk5jV00zMFFZYzFlUT09