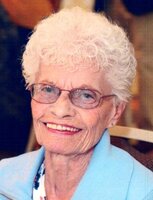 Janet L. Wisner, 79, of Adams Center, died Friday March 4, 2022 at her home where she had been under the care of her family and Hospice of Jefferson County. Calling hours will be at the Piddock Funeral Home on Tuesday March 8 from 3:00 to 6:00 pm with a funeral service beginning at 6:00 pm, with Titus Mast, pastor of the Naumburg Mennonite Church officiating. Spring burial will be in the Elmwood Cemetery, Adams, NY. Arrangements are with the Piddock Funeral Home Inc, Adams, NY. Janet was born October 24, 1942, daughter of Leroy and Bernice (Richter) Davis. She graduated from Lowville Academy. She married David J. Wisner June 13, 1959 at the Church of the Nazarene in Lowville. In 1963 the couple moved to Fairport NY, before moving back to the Watertown area in 1974 and finally settling in Adams Center in 1988 where they lived the rest of their married lives. They both enjoyed music and in 1975 together they started the Dave Wisner and the Country Troubadours band. Janet played bass and Dave was a vocalist. The group played at many dances and benefits throughout the north county. Mr. Wisner died March 18, 2004. Janet worked briefly at J.C.Penney’s and then at the Sears Roebuck Company in the catalog department , retiring after 20 years. In 1998 she went to work at Car-Freshner Corp. in Watertown, NY in the packaging department. She retired in February 2008. She was a member of the Watertown American Legion Post 61, where she volunteered with their many functions. Janet is survived by a son Benjamin (Teresa) Wisner, Adams Center; three daughters Connie Adkins, Adams Center, Brenda Rogers, Adams Center, and Sherri (Randy) Colligan, Watertown; fourteen grandchildren and several great grandchildren. She is predeceased by her parents and a son in law Mark Adkins. She enjoyed cruises, gambling, watching NASCAR and every Friday night for the past 10 years attending the dirt races in Brewerton with her daughter Sherri. Due to family allergies, donations in her memory may be made to Hospice of Jefferson County, 1398 Gotham Street, Watertown, NY 13601 or the Walker Cancer Treatment Center, 830 Washington St, Watertown, NY 13601. Condolences may be made at www.piddockfuneralhome.com