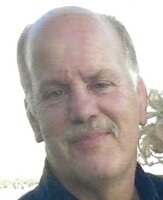 Randy R.Jerome, 62, of Adams Center, died at home Saturday April 30, 2022, where he had been under the loving care of his family and Hospice of Jefferson County. Arrangements are with the Piddock Funeral Home Inc, Adams, NY. Born December 12, 1959 in Watertown, NY, son of Raymond and Beatrice (Hammond) Jerome, he graduated from South Jefferson Central School in 1979.  He attended Essex County Community College, before returning home to Jefferson County. He served as an EMT for the South Jefferson Rescue Squad for several years, and worked in construction both locally and out of the area.  In 1983 he opened Two Brothers Pizza in Adams Center, and later opened an additional shop in Lacona.  In 1991 he opened Two Brothers Part Two in Adams, and later opened a butcher shop on Route 11 in Adams Center.  He also was employed at South Jefferson Central School and later as a kitchen site manager for 2 of 8 schools in the Central Square District. From a very young age Randy began catering with his mother and family.  His catering career continued throughout the years, leading him to establishing his official business, RJ’s Catering in Adams Center in 2007.  After forty years of catering, Randy untied his apron strings in February of 2022.   Surviving is his wife Laura;  daughter Jamie (Nelson) Moody, Lockport, NY; two step daughters Sierra Laisdell, Adams, Logan Laisdell, Adams Center; two grandsons Griffin and Parker Moody; three brothers Jerry (Peggy) Jerome, Denny (Pam) Jerome, Timmy (Audrey) Jerome; three sisters Janice Jerome, Janet Durham, Jacqueline Murphy; and one brother in law Pete Dick; one sister in law Sally Jerome; and many nieces and nephews. He is predeceased by his parents, four brothers Jackie, Bill, Bob, Ronnie Jerome; two sisters Joanne Dick, Judy Jerome; brother in law Jeff Durham; sister in law Korena Jerome, and nephew Jordan Jerome. Randy was an elected SJCS Board official from 2017 until present, a brother of the Masons, member of the Zoning Board of Appeals for the town of Adams, and was a past member of the SJRS and the Mannsville Manor Fire Department.  He was very devoted to the community, and a generous supporter of many organizations.   When he wasn't working, you could find Randy in the woods watching deer from his favorite tree stand, out on the water fishing, or "going for a ride", which typically led to an unplanned adventure. Above all else, he loved spending time with his family, cooking for his friends and  watching his grandsons on the football field and performing on stage. Randy will forever be known for his generous heart and quick wit. It was his wish not to have calling hours or a funeral service.  Instead there will be a celebration of his life, announced at a later time Donations in his memory may be made to Hospice of Jefferson County, 1398 Gotham Street, Watertown, NY 13601, or to Relay for Life @ www.cancer.org/donate Condolences may be made online at www.piddockfuneralhome.com