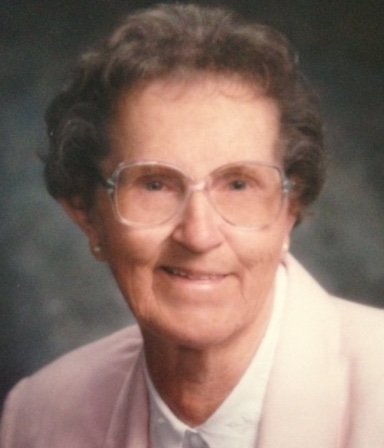 Helen D. Fassett - 98, formerly of Rodman, died February 3, 2017 at the Samaritan Keep Home, Watertown, where she had resided since 2014. A graveside service will be held at the convenience of the family in the Fairview Cemetery, Rodman, with Rev. Cathy Hamilton officiating. There are no calling hours at her request.

Born October 13, 1918 in the town of LeRay, NY, daughter of Charles E. and Maude (Vincent) Downs, she graduated from Copenhagen High School in 1935.

She married Holly Whitford of Rodman in 1938. The couple lived in the South Jefferson area and purchased a farm in Zoar in 1954. Mr. Whitford died in 1957. She later married Virgil Fassett of Adams in 1961. Mr. Fassett died in 1991.

Mrs. Fassett worked at the South Jefferson Central School for fifteen years, retiring in 1975. She then sold the family farm in 1993 and moved to Pulaski.

Mrs. Fassett was known for her many volunteer efforts in the Rodman area, her love of gardening, knitting and board games. She is also remembered as the family’s best cook.

Share Your Memory of
Helen
Upload Your Memory View All Memories
Be the first to upload a memory!
Share A Memory
Plant a Tree