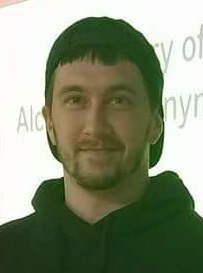 Zachary R. Hockey, 24, of Henderson died Saturday afternoon June 17, 2017 at the Samaritan Medical Center after a long time battle with addiction.  His funeral will be 10:30 am Friday at the Piddock Funeral Home, Adams, with Rev. Debbie Kelsey, interim Pastor, Adams Village Baptist Church officiating.  Burial will follow in the Fairview Cemetery, Rodman.

Visitation will be Thursday evening 6- 8pm.

Zachery is also survived by three nieces who he was especially close with, Melanie May Calhoun, Liliana Steele, and Peyton Hockey.

Born March 8, 1993 in Amsterdam, NY, he graduated from Belleville Henderson High School and was employed for several years as a cook at Ryan’s Lookout restaurant, Henderson Harbor.

Zach was a knife collector and enjoyed tinkering with electronics, fixing just about anything.

Share Your Memory of
Zachary
Upload Your Memory View All Memories
Be the first to upload a memory!
Share A Memory
Plant a Tree