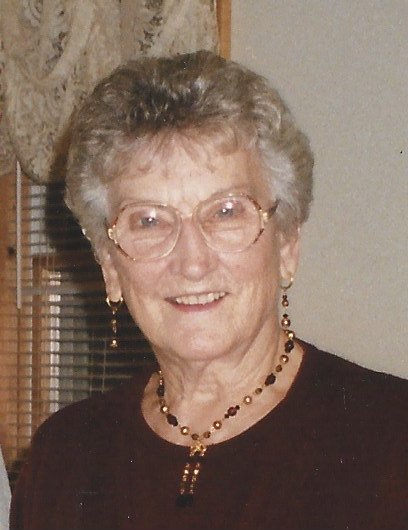 Rose Taylor, 96, longtime resident of Adams Center, died Saturday February 3, 2018 at Samaritan Keep Home, Watertown, with her son and daughter in law Robert and Corky by her side.

There will be a graveside service in the spring in the Union Cemetery, Adams Center.  There are no calling hours.  Arrangements are with the Piddock Funeral Home, Inc., Adams.

Rose was born December 28, 1921 in East Patterson, NJ, daughter of Joseph and Mary (Vargas) Bauer.  She attended Greig and Glenfield schools.  She left school to help raise her siblings.

She married Woodrow Taylor of Ellisburg on November 6, 1939.  Following their marriage, the couple lived in Belleville and Adams, and later moving to Adams Center where they spent the rest of their married life.  Mr. Taylor died July 28, 2004.  She entered Samaritan Keep Home in June 2013.

Rose worked for twenty-one years at South Jefferson Central School in Adams Center and at the Clarke Building in the food service department.  She retired in 1984.

Surviving besides her son and daughter-in-law Robert and Corky Taylor, Adams, Center, is one daughter and son-in-aw Marie and Robert Keegan, Murrells Inlet, SC; four grandchildren, eleven great grandchildren; one brother Richard Bauer, Utica; and many nieces and nephews.

She is predeceased by eleven brothers and sisters.

Share Your Memory of
Rose
Upload Your Memory View All Memories
Be the first to upload a memory!
Share A Memory
Plant a Tree