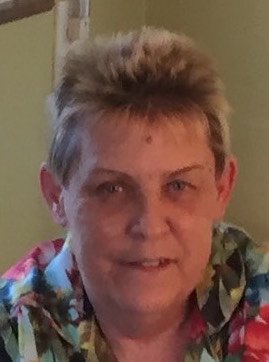 Obituary of Katherine A. Ives

Katherine A. Ives, 63, of Adams, died early Sunday morning at Samaritan Medical Center, Watertown.  Calling hours will be 6:00 - 8:00pm Wednesday at the Piddock Funeral Home, Adams.  A memorial service will be 11:00 am Thursday at the Adams Village Baptist Church, Adams, with Rev. Debbie Kelsey officiating.

Born March 6, 1955 in Ogdensburg, NY, daughter of Lloyd L. and Lillian (Clary) Peterson, she attended school in Hammond and following the family moving to Ellisburg in 1968, she attended Union Academy in Belleville.  She worked locally cleaning houses and was a caregiver to her parents.

For 26 years, Kathy was a bartender and bar manager at the American Legion Don Rounds Post 586, Adams, retiring in 2016 due to her health.

She married Chris D. Ives on April 29, 1994 by Town Justice William Besaw.  The couple lived in Smithville, later moving to Adams in 2009.

She is predeceased by her parents, a brother Ernie Peterson and one sister Karen Lehman.

Share Your Memory of
Katherine
Upload Your Memory View All Memories
Be the first to upload a memory!
Share A Memory
Send Flowers
Plant a Tree