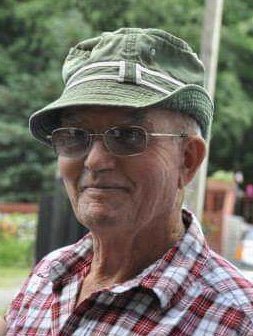 Richard ‘Dick’ C. Vincent, 81, of Harbor View Drive, Henderson, died Tuesday evening, December 25, 2018 at the home of his daughter Debra Vincent, in Marcellus, NY.  Dick’s funeral service will be 3:00 pm Sunday at the Piddock Funeral Home, Adams.  Calling hours will precede the funeral beginning at 1:00 pm.  Burial will be in the spring 2019 in the Adams State Road Cemetery.

Born May 29, 1937 in Watertown, NY, son of Ross Arthur and Mary Geraldine ’Gerri’ (Gordinier) Vincent, he graduated from Adams Center School in 1955.  He served in the National Guard after graduation.  Dick worked on several local farms before he purchased a farm in Rodman in 1964.  He sold the farm in 1980.

He married Catherine Drappo of Watertown in 1957.  The marriage ended in divorce.

He later married Dawn Ouderkirk in 2007. The marriage ended in separation.

Following the sale of his farm, Dick remained in the area, before eventually moving to Henderson in 2013.

He is predeceased by a son David Vincent who died in 1998, and one step grand-daughter Rhiannon Griffin, who died in 2017.

Dick was the Highway Superintendent for Rodman during the Blizzard of 1977.

He enjoyed restoring antique tractors and helping others during their tractor restorations.  Dick was a well known and respected farmer and farm mechanic.  He enjoyed spending time and fishing with his grandchildren. He was an avid New York Yankees baseball fan.

Donations in his memory may be made to the Adams State Road Cemetery, PO Box 2, Adams Center, NY 13606

Share Your Memory of
Richard
Upload Your Memory View All Memories
Be the first to upload a memory!
Share A Memory
Send Flowers
Plant a Tree