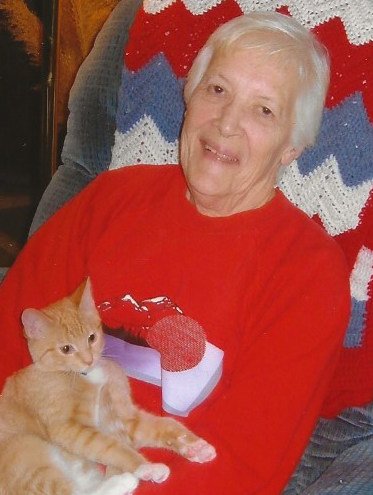 Mildred “Milly” J. Hanrahan, 89, of Summit Village, Watertown, where she had resided since 2016, passed away peacefully on Thursday morning April 25, 2019.  At her request, there will be no calling hours or funeral service. Burial will be private in the Fairview Cemetery, Rodman, at the convenience of the family.

Milly was born November 3, 1929 in Watertown, NY, daughter of Willis and Alice (Higgs) Cornwell, but was raised her whole life by her sister Marjorie Bezner and husband Gordon, in Adams, NY.  She graduated from Adams High School in 1947.  She attended  Central City Business Institute in Syracuse and went to work in Washington, D.C. for awhile.

She married Richard A. Patchen of Adams in 1949.  The marriage ended in divorce.

She was a formerly employed at Marine Midland Bank in Adams, and General Telephone Company in Adams and Pulaski, where she retired from in 1982.

Besides her husband she is predeceased by her sister Marjorie Bezner and a daughter Donna, who passed at age three.

A special thank you  to the staff at Summit Village 1st floor Skilled Nursing for their care of our mother.

Share Your Memory of
Mildred
Upload Your Memory View All Memories
Be the first to upload a memory!
Share A Memory
Plant a Tree