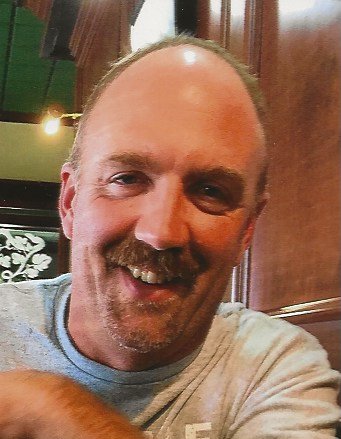 James K. Stuckey II, 50, of Black River, died Wednesday July 17, 2019, in the Town of Clayton.  His funeral service will be 2:00 pm Sunday at the Piddock Funeral Home Inc. in Adams, with Cathy Hamilton, pastor officiating.  Calling hours will precede the funeral beginning at noon.  Burial will be private.

Jim was born April 8, 1969 in Watertown, NY, son of James and Juanita (Paddock) Stuckey.  He graduated from South Jefferson Central School in 1988.  He worked construction all his working career and was currently employed by Hathaway Development Corp., in Pulaski.

He was previously married to Carmen Jones.

He married Melissa Good of Syracuse on May 19, 2001.  The couple have lived in Black River all their married life.

He is predeceased by his grandparents Jasper and Josephine Paddock, one sister Jill Stuckey Seaman, one granddaughter Nova Stuckey, his mother in law Joan Good, and brother in law James Good.

Jim is also survived by his boat family - Terry and Georgette Jones, Caroline and Keith O’Hara, Patrick and Francis Levesque, and his close friends Steve LaRue and Herb Waite.

Donations in his memory may be made to the Clayton Fire Department, 855 Graves Street, Clayton, NY  13624, or any Leukemia Foundation.

Share Your Memory of
James
Upload Your Memory View All Memories
Be the first to upload a memory!
Share A Memory
Send Flowers
Plant a Tree