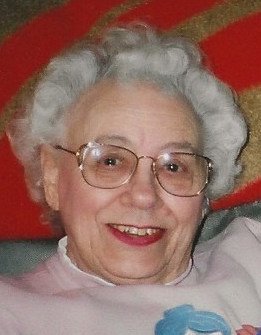 Audrey J. Miller, 93, longtime resident of Adams Center, died August 20, 2019 at the University Hospital, Syracuse, NY.  Her funeral service will be 10:00 am Monday August 26 at the Piddock Funeral Home, Adams.  Burial will follow in the Union Cemetery, Adams Center, NY.  There are no calling hours.

Born December 12, 1925 in Watertown, daughter of Earl and Rose (Murray) Ryder, she graduated from Adams Center High School in 1944.

Audrey and her husband owned the Roger L. Miller Insurance Agency where she was partner and insurance agent.

In 1955 she was appointed by Gov. Averill Harriman to meet with the Temporary Commission on Youth and Juvenile Delinquency.  She also attended the first National Youth and Juvenile Conference in Hamilton, Ohio.  She attended over one hundred conferences, plus county meetings where she was sought and often gave helpful advice.

She served as an Election Inspector for eighteen years.

In 1968 Audrey opened the Red Gables Fabric Shop where she performed many many clothing alterations, as well as selling fabric, yarn and sewing machines.

Besides her husband Roger Miller, she is predeceased by one sister Ida Petrie and two brothers Pearl and James Ryder.

She was a former member and deacon of the Adams Center Baptist Church, and the Glen Ida Chapter OES where she served as Past Matron and two terms as District Deputy Grand Matron.

Audrey help get started the dinners at the Adams Center Grange in 1977and continued to work on them until her passing. She baked dozens of pies and was known for her secret salad dressing.

Share Your Memory of
Audrey
Upload Your Memory View All Memories
Be the first to upload a memory!
Share A Memory
Send Flowers
Plant a Tree