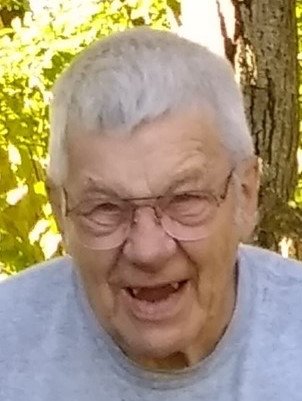 John W. Delling, 84, of Lorraine, died Saturday afternoon October 12, 2019 in the emergency room at Samaritan Medical Center, Watertown.  There are no public services at this time.  Arrangements are with the Piddock Funeral Home Inc, Adams, NY.

Born July 31, 1935 in Honesdale, PA, he was the son of John W. and Elizabeth (Moser) Delling.  He attended Wallenpaupack School in Hawley, PA.  Following school he worked in Lake Ariel, PA before entering the US Army in February 1956.  John moved back to Hawley, PA following his discharge on February 1962.

He married Marie Blaine of Hawley, PA on December 26, 1966.  The couple lived in Lords Valley, Hawley, PA where they both worked at Sherman Underwear Mills.  Later he went to work doing construction for local companies, as well as own his own.

They moved to Lorraine in 2015, where he continued to work privately on their home.

He belonged to the Lords Valley Sportsman Club, Hawley, PA, and also enjoyed hunting and fishing.

Share Your Memory of
John
Upload Your Memory View All Memories
Be the first to upload a memory!
Share A Memory
Plant a Tree